What is the News Story?

A video was circulated on WhatsApp and Facebook claiming a teacher supposedly hitting children for not wearing hijab. Verify.Wiki crowd sourced research revealed the the reason behind the teacher's action had nothing to do with hijab. Our researchers condemn the teacher regardless.

Why the Story has Misinformation

The claims made based on the videos are false.

Although the act of hitting children in the video cannot be justified, it has been circulated under false claims. The man seems to be hitting the children for not wearing their uniform shoes.

If one pays close attention to the video, it starts with him hitting a male student. He then goes on hitting girls without hijab.

However, he does not hit two girls not wearing hijab. What was common between the children he hit? They were not wearing the uniform shoes. 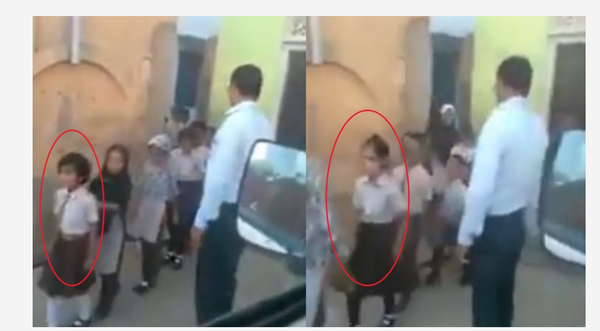