What is the News Story? 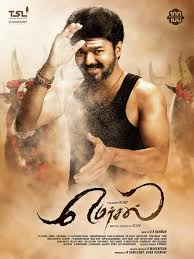 Mersal is an Indian movie released in October of 2017 starring a Tamil actor Vijay. The ruling BJP party in India demanded cuts in the movie, alleging that some dialogues portray "untruths" about the country's newly introduced GST(Goods and Services Tax) and the party's Digital India campaign. In one scene actor Vijay's character in the film laments at the government's inability to provide free healthcare for all in India despite "high" GST rates in India, saying Singapore is able to fund a free health scheme despite a much lower GST rate.

Why the claims in the movie is True?

The claim in the movie is correct in noting the standard of care and infrastructure of public hospitals in Singapore funded by GST are high quality compared to India. [1] Also, Singapore was ranked 6th in the World Health Organisation's ranking of the world's health systems in the year 2000.  Bloomberg ranked Singapore’s healthcare system the most efficient in the world in 2014. [2] Singapore offers universal health care coverage to citizens, with a financing system anchored in the twin philosophies of individual responsibility and affordable health care for all. Coverage is funded through a combination of government subsidies (from general tax revenue), multilayered health care financing schemes, and private individual savings, all administered at the national level. National capital expenditures are set in the government’s annual budget. [3]

Why the claims in the movie is false?

Healthcare in Singapore is not free. It’s not Singapore government spending. The state, using taxes, funds only about one-fourth of Singapore’s total health costs. Individuals and their employers pay for the rest. In fact, the latest figures show that Singapore’s government spends only $381 (all dollars in this article are U.S.) per capita on health—or one-seventh what the U.S. government spends. Patients are expected to co-pay part of their medical expenses and to pay more when they demand a higher level of service. At the same time, government subsidies help to keep basic healthcare affordable. [4]