Sheetal is an artist, photographer and award winning documentary filmmaker. Her documentaries have won several international awards including the Michael Moore Award Best Documentary Film at the 44th Ann Arbor Film Festival and the Best Documentary KODAK Award at the 20th Annual Fort Lauderdale International Film Festival. She was one of eight worldwide selections by Saatchi and Saatchi to do a short film in China. Sheetal has also been presented with the 2008/2009 Biennial Global Awards by the Triangle Media Group for her contribution to Film TV and Drama in the Asian region. Her academic research in documentary has examined the nuances of reality portrayed in the genre.

Sheetal has been painting and using mixed media fort her artwork since childhood. Her art explores themes that she has explored and been inspired by as a documentary filmmaker and scholar – memories, representations of reality and reflections on the nature of historical truth. Her artwork has been exhibited in Singapore, Spain, Germany, New York, Hong Kong and London. Sheetal has exhibited at the London Art Biennale 2017, and is selected as an exhibitor at the XIth Florence Biennale in 2017. 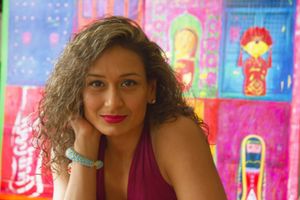 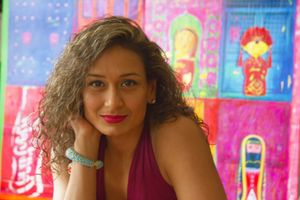