Who is Abbas Abedini Masouleh? 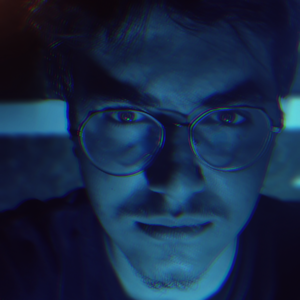 Abbas started his career at a young age and with the establishment of AAM company in 2018, he officially entered the field of music and production.

His nickname in cyberspace is "4baws" and he is known as the creator of visual music. Music that plays with the human mind and has hidden messages.

Most of his work in music and playing has been in continuous collaboration with his friend Saleh.  These collaborations have been released in the form of several albums and singles.

His best album according to his fans, which happened to be in collaboration with Saleh Esmailpor, is called "Resurrection" and this album has 6 tracks with a special arrangement that are, respectively, Relaxtion, Mistake, Money, P.A.R.A.D.O.X, World Wide, and Back Sun.

Abbas Abedini mostly produces music in the field of instrumental with hip hop and rap genres and has several examples of singing in his multi-year resume.

his personal life, he has always tried to create the bests in the field of music and compos.  Most of his work are non-verbal, but sometimes he also works in the field of singing.  Most of his free time is spent practicing and thinking about the future and reading books because he believes that books are something that can take a person to anything in the world, if used in the right way.

He immigrated to Turkey in 2018-2019, where he manages the company activities and personal affairs.  In different fields such as acting in several different works such as drama films, we can see the name of Abbas Abedini in new and attractive roles as a young actor in the role of a teenager genius.

Abbas' activities in Turkey became much more serious and he established the company and the AAM label, which was named after him.  This company was the prelude to Abbas' increasing progress and with the cooperation of Dr.  Mohammad Ali and Saleh, he was able to establish various offices in India, Pakistan, Turkey and Iran.  The company is now in its third year of establishment, and a few months ago, the company celebrated its 3rd anniversary in Antalya, Turkey, with 500 people in attendance due to corona restrictions.  The AAM label supports 22 singers, musicians and music arrangers around the world.  Abbas, as the founder of this collection, is one of the top artists of this label